“Reconciliation, love and forgiveness” — is one of the sentences in the description of The Statue of Brothers, at the entry of the War Memorial in Seoul, the capital of South Korea.

The statue, which depicts an encounter on the battlefield between two brothers — South Korean officer and a North Korean soldier, sends a powerful message and illustrates the tragedy of the Korean nation — which since 1953 has been living divided into South and North Korea. 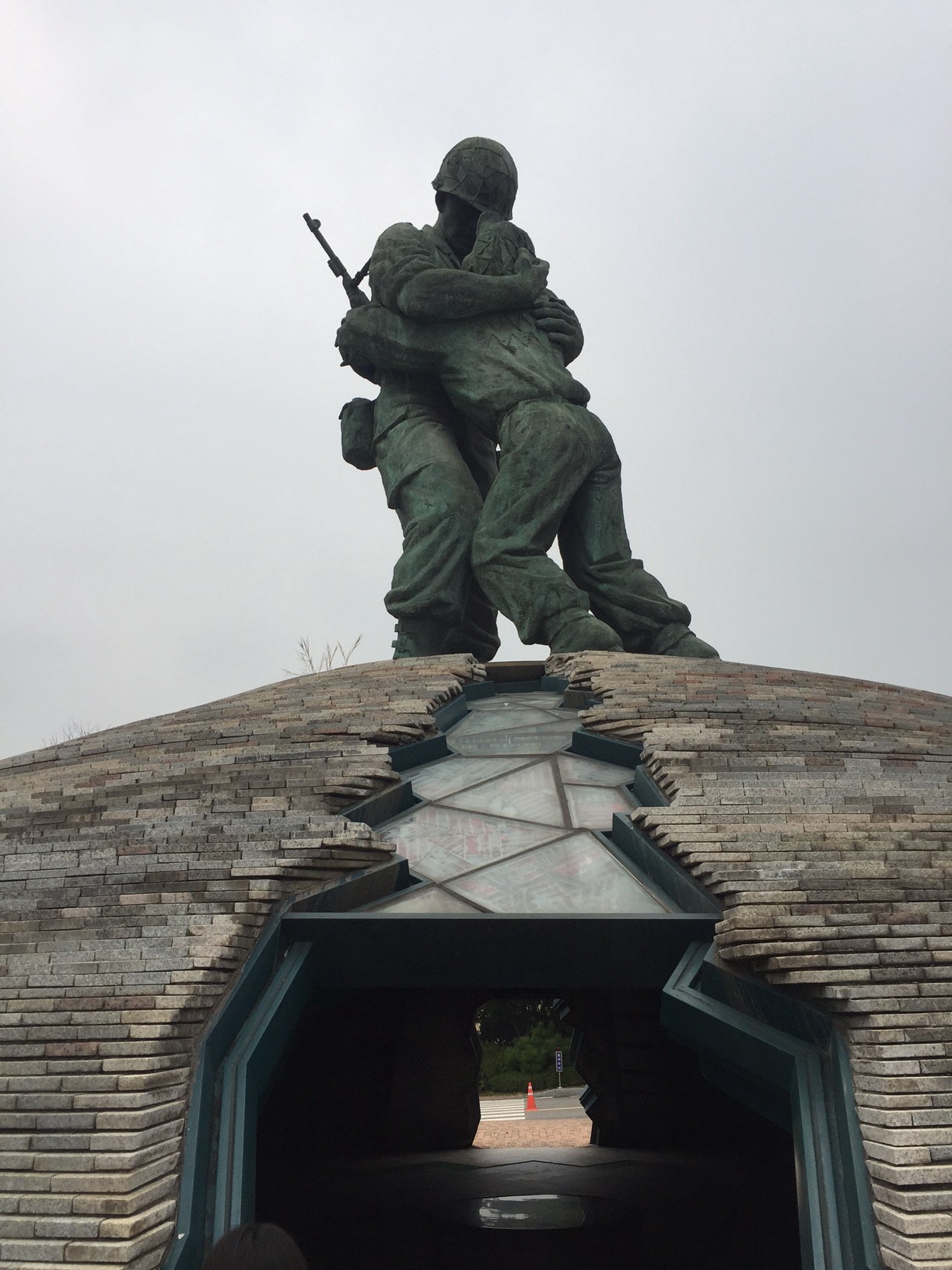 As close as these two countries are to each other — so far apart are the societies in which they live in. The division of the two Korea’s is also represented in The Statue of Brothers, through the crack in the dome beneath the two soldiers — though at the same time it also symbolizes the hope that the Korean nation has for its reunification.

The South Koreans that we talked to about the unification process, had divided opinions on the matter — considering the current relations between Seoul and Pyongyang, as well as the historical aspects of the division of the Korean Peninsula.

After the end of the Second World War, and while the Cold War between the United States and the Soviet Union was starting, the negotiations between the two superpowers failed to lead to an independent and united Korea, which until then was occupied by Empire of Japan. 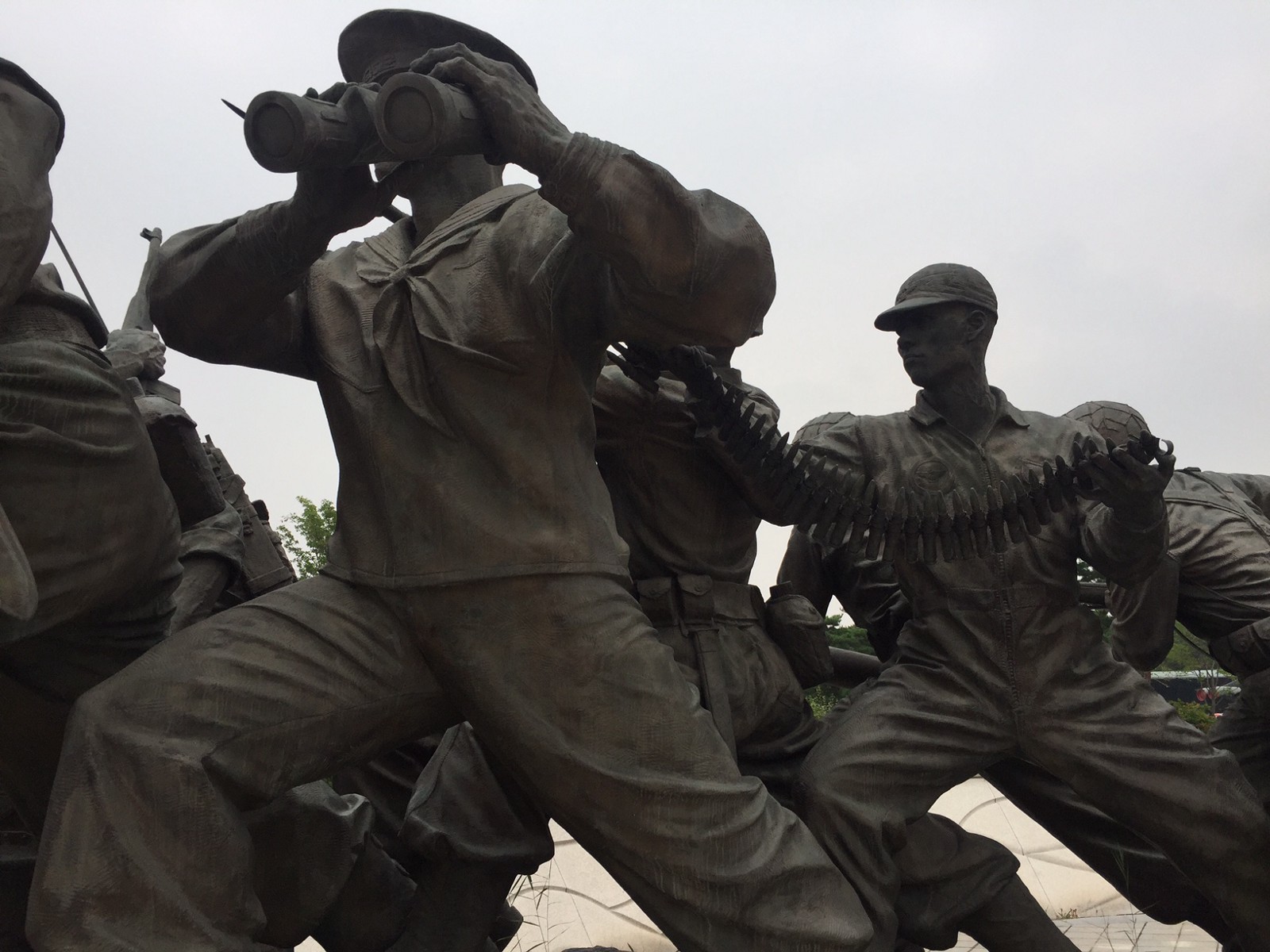 In 1948, on the south of the Korean Peninsula, controlled by the United States, the Republic of Korea was established. In the north, the Soviet Union helped to establish the Democratic People’s Republic of Korea.

On June 26, 1950, by crossing the infamous 38th parallel, the North Korean army began a three-year fratricidal war on the peninsula, during which more than four million people lost their lives. For almost every Korean out there today, this three-year period represents the tragedy of the Korean nation.

The two sides currently are technically still at war, with constant tensions and provocations, which are mainly caused by Pyongyang and the North Korean leader Kim Jong-un — who due to his penchant for nuclear weapons testings has become a thorn in the eye of the international community, and especially for U.S. President Donald Trump.

How big are the chances of a new war between the two Korea’s, thus an all-out nuclear war that would involve the world’s great powers? According to South Koreans, the chances for such developments are quite small. Mostly because North Korea is often using those provocations as a defense mechanism and a way to grab worldwide attention. 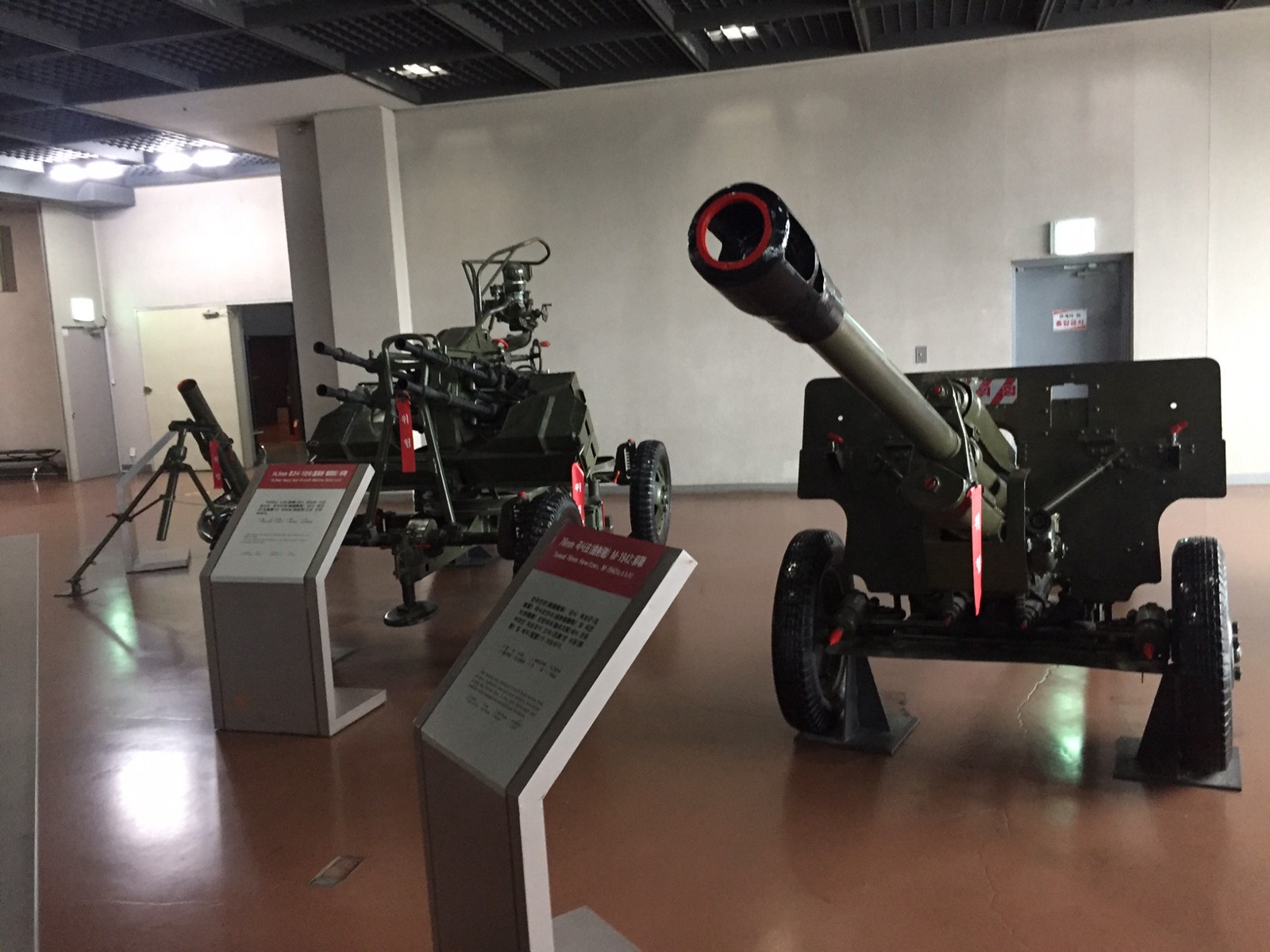 “As time goes by, I feel that the situation is becoming more and more dangerous. Nevertheless, I don’t believe that there are possibilities for a nuclear war. I’m part of the army, we have regular military exercises, and we are ready. However, I do not think that war will happen anytime soon” says one South Korean soldier.

The Korean unification, he emphasizes, should be a peaceful process that won’t cause casualties on both sides. However, he also knows many South Koreans who do not want this unification to happen. 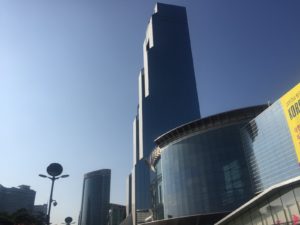 “Especially young people, aged 20–30, think that reunification is not so important right now because they have their own problems to deal with — unemployment and so on — so they do not want to sacrifice too much for North Korea,” he explains.

The conditions in which the divided Korean nation lives today on both sides of the border are diametrically opposed. While South Korea’s 50 million nation, beginning from the 1960’s until today managed to transform from an agricultural society to a highly developed and industrial one — North Korea, with a population of 23 million, has the status of one of the most isolated countries in the world, known for its notorious nuclear program.

For 28-year-old student Daeil Young, the circumstances under which both countries have been developing over the past 64 years are also the biggest obstacle to their unification, along with the uncanny behavior of North Korean dictator Kim Jong-un.

“South Korea is a more developed and advanced country compared to North Korea, which is poor, and those people are suffering from political problems. Because of these problems, they believe that the unification will not bring new investments and improvements. This is why, over there, dominates negative and aggressive thinking” Daeil says. 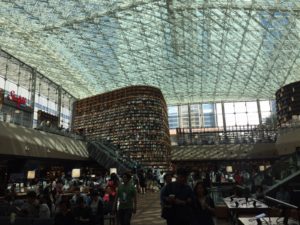 The constant threats toward its neighbor, on the other hand, are part of Pyongyang’s defense mechanism, Daeil adds. “They just want to impose a dangerous situation and their aggressive behavior is a defense mechanism. However, if you look at the situation realistically, it’s not so dangerous — they won’t start a war,” Daeil explains.

The same opinion is shared by 34-year-old Jinju Michelle Park. She says that North Korea’s nuclear weapons do not really scare South Koreans — because they know that their northern neighbor is just seeking to get any kind of attention from the international community.

“They are just trying to grab attention with their intimidating. But people in South Korea are not worried or afraid. All of the foreigners I know have contacted me to ask me if everything is all right here because of the nuclear and missile testings. But, as you visit the country and see what is going on — nobody is concerned about this at all!” Jinju says.

The way to unite the Korean Peninsula, Jinju believes, is through reconciliation — but only with direct negotiations between the two sides, without any outside interference. 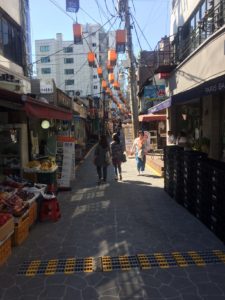 “I think that we need to find a solution so that both countries can unite, but this shouldn’t be done with any interference from outside. It should be done with negotiations that will be conducted only between these two sides. The external forces were the main reason for the division of our countries,” Michelle points out.

And while the world is anxiously awaiting to see what North Korea’s next move will be, the South Koreans keep calm. However, as most of them say — as small as the chances are for a new war on the Korean Peninsula — unfortunately, such are the chances for a peaceful reconciliation between the two parts.