Each wine has its own secret story. It soaks the magic of the region where the grapes were cultivated, the warmth of the hand that gathered it, the skill of the wine maker that made the miraculous drink. The story of the Macedonian wines is cordial, friendly and colorful since they have been cultivated in the most fertile regions bathed in the heat of the sun, in the flow of the Vardar River. Although Macedonian wines live their renaissance in the last ten years, the grapes have set their roots on this land a long time ago.

The wines have slowly but surely started their breakthrough on the foreign markets and conquer the Europeans sophisticated taste. The archeological findings show that here wine was produced as early as in the 4th century B.C. In the area of Disan, a village 10 km from Negotino, ancient stone vessels for making wine until today spread heady odour of the home-made wine. Whole families, in several regions of the country, taken by the power of wine, for generations now, from father to son, have conveyed the story of the healing power of the God’s drink and continue the tradition of grapes cultivation. The Macedonian tame climate has attracted the Serbian king Alexander Karadzordzevic, who in 1929 has chosen Demir Kapija for the construction of a wine cellar, still existing as a witness of the past. 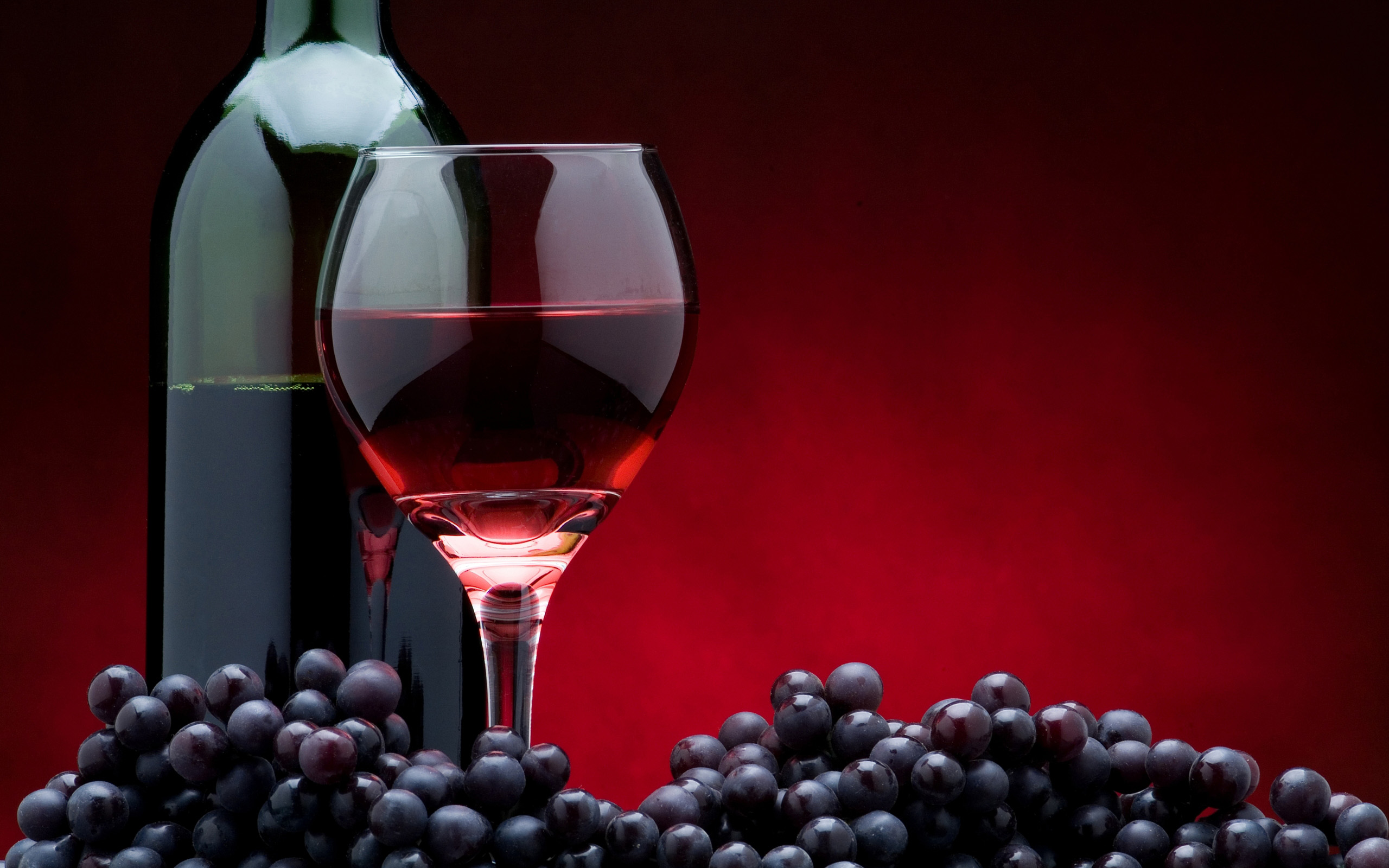 Close to the wine cellar of the King Karadzordzevic is the royal villa, still splendid and magnificent in its appearance and architecture. The wine map of Macedonia has two roads that invite you to visit them and research- southern and northern wine road. Both have their own stories to tell and tastes to be discovered. You should only carefully listen and moderately drink because the wine has something to tell you. There is something in the saying: “Truth in Wine ” -“IN VINO VERITAS”.

WINE REGIONS
While you travel down the flow of the Vardar River the grape fields follow you with you every step. There are grape fields in the regions of Skopje, Veles, Vinica, Ohrid, Tetovo,, and Gevgelija. But the most recognizable and famous is the Tikvesh region, and in its centre – Kavadarci and Negotino, as the biggest producers of the heady liquid. Macedonia is divided in three wine regions and about 20 wine lands. “Povardarie” is the central, the most famous and the biggest grape region, where 85% of the Macedonian wine is produced. This region covers Skopje, Veles, Tikvesh, Gevgelija-Valandovo, Strumica, Ovcepolie and Kocani-Vinica wine lands. The grapes grow at 50 to 500 meters above the see level, and the quality of wine is enriched by the Mediterranean and continental climate, filled with sunny days and mild winters. The Pelagonia-Polog region covers the Prilep, Bitola, Prespa, Ohrid, Kicevo and Tetovo wine lands. Here, the grapes grow at 600 to 700 meters above the sea level, where in winter the climate is humid and cold, and the summers are dry and hot. Pcinja-Osogovo is the third region marked on the wine map of Macedonia.

Today, hundreds of small, but also big wineries, scattered almost everywhere around the country, in autumn invest their knowledge, energy and love, with one aim-to overcome the quality of the last-year wine and produce new one that would be as tasty as possible, as the famous wine of the French region of Alsace. The Tikvesh region, the main grape region in the country, where almost two-thirds of the Macedonian grape fields are located, covers two big centers-the cities of Kavadarci and Negotino. This region got its name from the old ancient settlement of Tikvesh. The long and rich tradition of this area started in the period of Ancient Macedonia, when in honor of Dionysus, the god of wine, Dionysus days were held, feasts that lasted for days when wine was drank in big quantities. In Roman times, in honor of the god Bacchus, twice a year, in this region, “Bahinarii” were held, days of grape and wine, which were later prohibited. Ancient Macedonians and Romans nourished the tradition of grape cultivation, witnesses of which are the numerous mosaics discovered at the archeological sites in Tikvesh region. Grape cultivation, as an important economy branch in agriculture, continued to develop in the Middle Ages.

Main centers were the monasteries and church lands where the best wine was prepared.
Today Tikvesh wine region has 10.000 hectares of grapes. The climate conditions enable the concentration of sugar in the grape to be 17-26 per mill and it contains acids of 5-8 percents, which is an ideal factor for processing it into high-quality wines with 11-13 percent of alcohol. Of the total arable land on the territory of the municipality of Kavadarci, which is 18.523 hectares, 4.264 are grape lands. The natural and geographic conditions as well as the Mediterranean climate make it possible to cultivate the following sorts of grape: “Belgradska rana”, “Julski Muscat”, “Cardinal”, “Afusali”, as well as the following sorts of wine: “Vranec-Kratoshija”, “Chardonnay”, “Black Burgundy”, “Merlot”, as well as the white wines: “Chardonnay”, “Zilavka”, “Semion”, “Sauvignon”, “Italian and Rhine Riesling”. The concentration of the wine cellars per square meter is biggest in Negotino, where the most rewarded wines are produced. This region has developed the grape production in the first half of the last century, when few famous families produced high-quality wines. This tradition lives even today. The first week of September in the Tikvesh region there are crowds of people. Wine producers and lovers of the rich drink gather at the central event in Kavadarci, where since 1964 the “Tikvesh Grape-gathering” event is held. This economic-tourism event marks the beginning of the mass grape-gathering.

The biggest attraction is the carnival procession along the city streets. At that time Kavadarci grows into a big walking place, where beside the pleasant company, the visitors may enjoy the fresh wines, fresh grapes, fired fish and meat prepared on ember. A day for remembrance in the wine regions is the celebration of St. Triphun, protector of the grapes and wine. According to the stories, the Holly Martyr Triphun was born in Campasada in Phrygia, close to the city of Apamea. Because of his healing capabilities he healed the ill and  chased away the bad demons. His wonders were heard of around. The word came also to the Tsar Gordian of Rome, whose daughter suffered from mental illness. He called the saint to heal his daughter Gordiana, which St. Triphun succeeded in, after which he became very famous. He died young, at 21, during the reign of Tsar Decie. He was tortured without mercy after he refused to renounce Christ and make sacrifice for the Roman Gods.

While the World celebrates St. ValentineThe Day of Lovers, in our country on February 14, the grapes are ritually pruned. The old customs for fertile and happy year start in the morning with liturgy in the churches, where ritual pruning of the grape trees is done, and then people take one piece of the concentrated grape trees. Some with the consecrated water spray the grapes, hoping for a richer harvest the next year. In honor of the holiday, homemade wine and liquor are drank and traditionally made pies and meals are eaten. In our country one may find almost all recognized sorts of grape in the world. The Macedonian wines are listed in the group of southern wines, where the wines of Spain, Italy, Greece and France are listed. The most cultivated sorts of red grape are: “Cabernet”, “Game”, “Merlot”, “Pinot Noir”, “Vranec” and “Prokupec”, and from the white: “Riesling”, “Sauvignon”, “Zilavka” and “Smederevka”. The grape of the “Smederevka” sort is mostly present in the country and is used for production of white
of the hosts.

This is also a road where you may find out all hidden secrets about Macedonian archeological sites that would take thousands of years back in time, Roman and Turkish baths where you would like to take a bath and feel the healing feature of the thermal waters. The wine road is the road that shows Macedonia in all its splendor and abundance of deep forests, untouched lakes and rivers, ecological food and incredibly clean air that stimulates all senses. What you’d remember the most is the wine tasting in the huge wine cellars, surrounded by thousands of barrels spreading heady smell of fermented grapes. The offer of accommodation capacities and restaurants for wine tasting, as well as village houses where you may spent the night and enjoy the traditional Macedonian cuisine, rounds up the story of the heady power of the Macedonian wine. The people that once tried it would like to constantly feel the sweet and tame taste of the region soaked in the grape liquid.

The red wine is mainly produced from the “Vranec” sort. Most of the domestic and foreign experts consider “Vranec” the most quality grape for production of a top class red wine. “Vranec” is listed in the category of exotic wines, which are trend in Europe. These are mature wines that have been kept for at least three years in the wine cellars. This sort doesn’t have an intensive aroma, with a dominating plum taste and low concentrations of cherry juice.

This is the feature that separates this wine among the other quality sorts produced in our country. There are about 50 wineries in Macedonia, and the estimations are that 3% of the world wine production is Macedonian. For those that have never visited Macedonia, the country offers a possibility to enjoy the oldest wine cellars on the Balkan, to taste the liquid, which with much love, capability and tradition is transfused in the most drinkable and aromatic wine. The wine road is not only a road where one may find numerous small and big wineries, which enchant you with their simplicity, natural touch and hospitality of the hosts. This is also a road where you may find out all hidden secrets about Macedonian archeological sites that would take thousands of years back in time, Roman and Turkish baths where you would like to take a bath and feel the healing feature of the thermal waters.

The wine road is the road that shows Macedonia in all its splendor and abundance of deep forests, untouched lakes and rivers, ecological food and incredibly clean air that stimulates all senses. What you’d remember the most is the wine tasting in the huge wine cellars, surrounded by thousands of barrels spreading heady smell of fermented grapes. The offer of accommodation capacities and restaurants for wine tasting, as well as village houses where you may spent the night and enjoy the traditional Macedonian cuisine, rounds up the story of the heady power of the Macedonian wine. The people that once tried it would like to constantly feel the sweet and tame taste of the region soaked in the grape liquid.