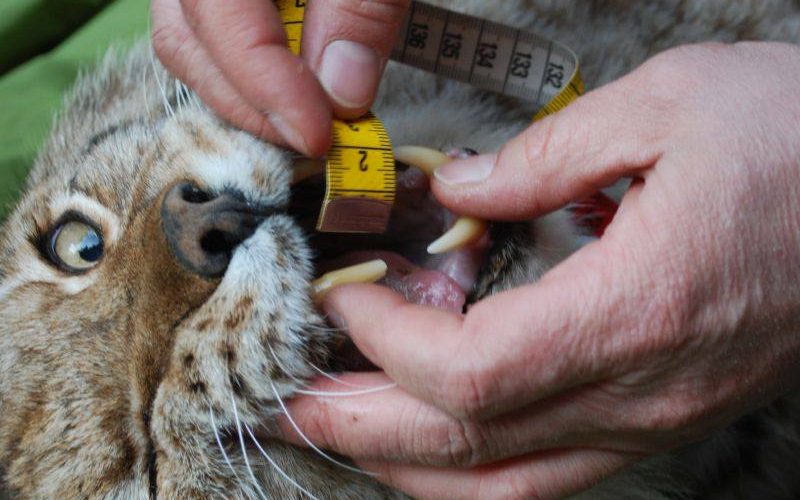 B8 should get a real name! This resident male for whom we have data since 2013 was caught this weekend in a box-trap near the village Sence in Mavrovo National Park (MNP). He was camera-trapped on no less than 12 different sites throughout the park in the last 6 years! His home range will now be calibrated with the new radio-telemetry data and will contribute towards a better knowledge of the subspecies.

The team – an MNP ranger, a local villager, volunteers, and MES staff – took a bit more than an hour to finalize the handling procedure. Worth noticing is that B8 so far holds the record for the largest Balkan lynx ever caught for science and management. At 27 kg he is a true beast.

,,Quite a catch!  Yesterday we have received his first relocation points on his movement. In the next two months, we will constantly be behind his (short) tail and learn more about his diet and habitat needs.

So, the name issue. We would like to engage the Balkan lynx fans to determine his name. Thus, we will organize a poll with the following proposals that the Macedonian Balkan lynx team has come up with: Bistri, Filip, Jovan, Mujo, Senko, Vir. Please state your preference.

After the marten, comes the lynx – so they say”, announced from Balkan lynx.